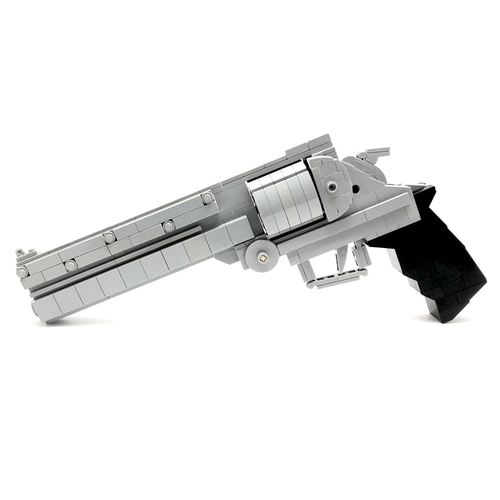 “I'm like a hunter of peace. One who chases the elusive mayfly of love... or something like that.” – Vash the Stampede Made with around 400 pieces Measurements: 31cm(length)x16cm(height)x4.5cm(width) I am a fan of anime shows and back in the day I watched one called Trigun, about a colorful character named Vash in a dystopian land known as Gunsmoke. The whole space western, action adventure theme had its charms and I thoroughly enjoyed the franchise. Vash is wanted man with a $60 billion dollar price tag on his head, and as the story progresses you find out more about his past and why he is such a good gunslinger. His main weapon is a custom made .45 Long Colt, which was made by his brother Knives, who owns an exact replica in black. It features break top reloading and each gun was also designed with a miniature plant that unlocks another weapon known(spoiler alert!) as The Angel Arm. (You’ll understand after watching the anime.) Here's my rendition of the weapon, an almost life sized version. The first thing I always do when building a model is to draw it and find out what Lego parts would be nice for the build. Of course, getting the scale right is important too, so I researched the size of this thing and I’m very happy with the proportions. After figuring out the design, I used LDD to see how the whole thing would look, and this may sound time consuming but I found out that it actually saves me a whole lot of time. After creating it digitally, it isn’t ready until you actually build it. This is where it gets tedious. After building it and getting a feel for it in my hand, I didn’t like some of the elements and had concerns over the balance and stability. That’s where the refining comes in and this process can sometimes take days on end. In fact, a lot of the refining comes only after I build and rebuild the model until I think its good enough to me. I wanted to incorporate the break barrel but just couldn’t find a way to make it stable enough to open and close without falling apart, so I scraped the idea and just made it one solid piece. The trigger and hammer are movable and although this piece is more form than function, it sure feels good when held. This would make a great gift for a Trigun fan. Love and peace! The piece comes fully built with new and original Lego bricks. The replica will be partially disassembled to be shipped to you and will take 2-3 days domestically(Singapore) and 1-2 weeks to reach you overseas. 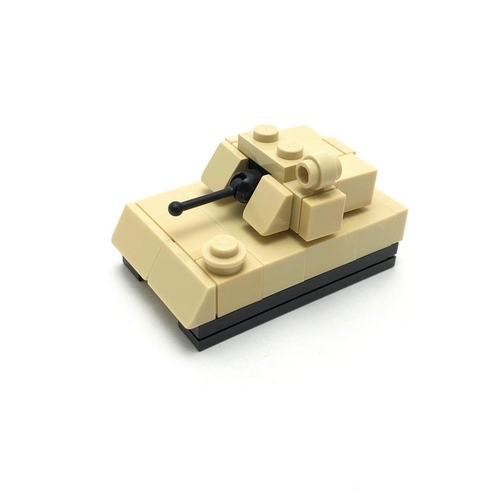 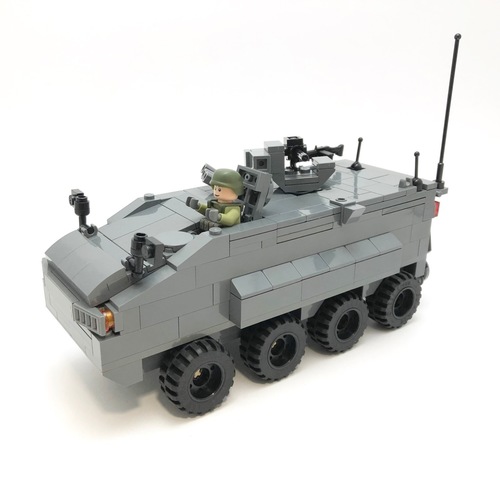