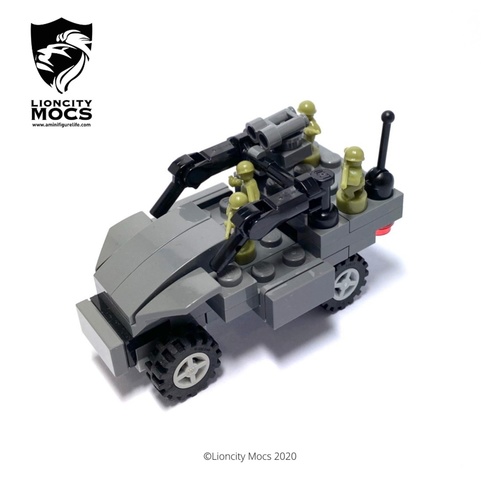 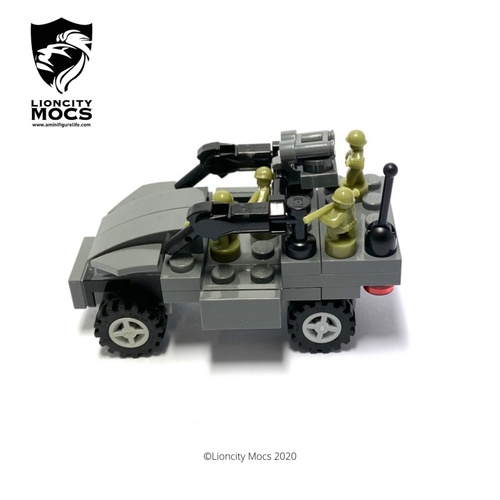 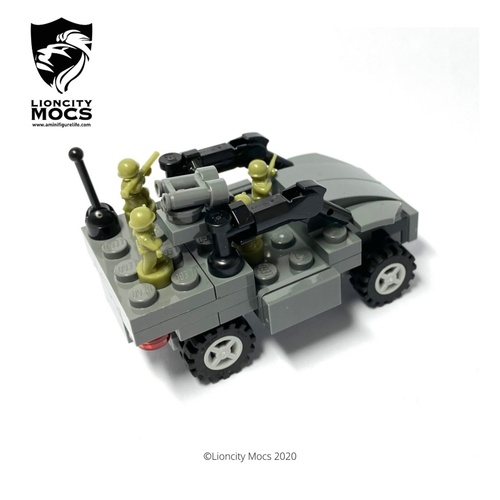 The Light Strike Vehicle Mk II is a fast attack vehicle that is designed to go up against armoured threats. It can be lifted by helicopter, manoeuvred over any terrain, and can sneak up on tanks to destroy them. Our mini building kit consist of: - 47 new original lego pieces - 4 x custom nano soldiers from BRICKMINI - printed building instructions with box This version of the LSV is a small playable vehicle and fits four custom made nano soldiers from BRICKMINI, one of whom can operate the Spike Anti-Tank Missile system. The model will be shipped to you and will take 2-3 days domestically(Singapore) and 1-2 weeks to reach you overseas. Shipping rates apply at checkout. Mini-Tech Our theme of mini made vehicles was created to interact with nano figures, whether it is to drive tanks, cars, trucks, pilot aircraft, or steer sea craft. The figures breathe life into these vehicles, and can be utilised to show the busy nature of operations. The vehicles that accompany them are not built in the standard micro-scale format, it varies according to playability first, then appearance second, so it can range from 1:70 to 1:110. A lot of research was done before hand to test and tweak the designs to not only look good but be functional and stable enough to play with. Each vehicle has some unique play function and will also look cool as a display piece on your desktop. 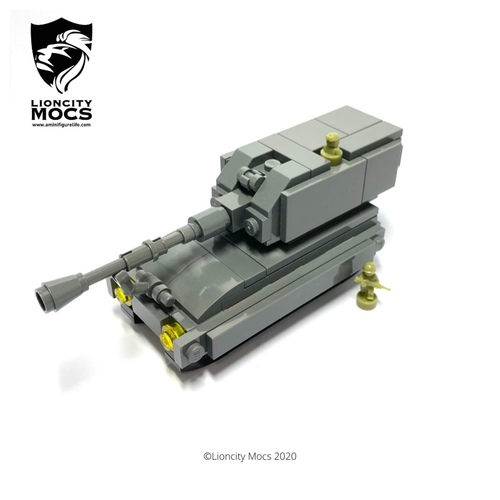 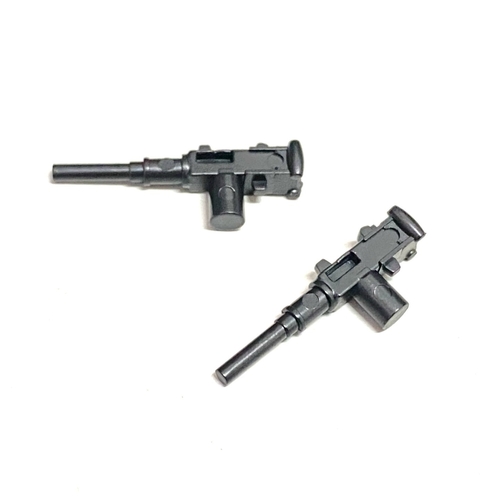 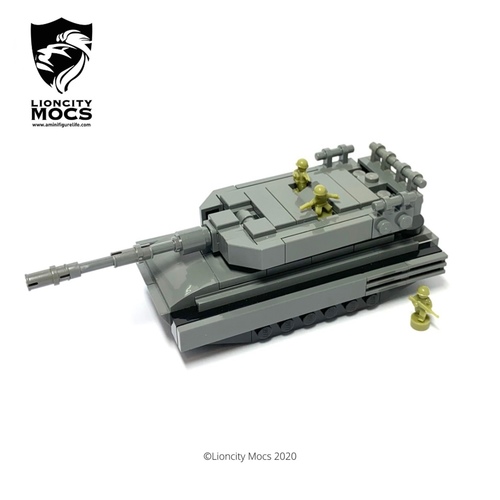